Din Pieng Cave has been developed to create a place of worship, as well as a place to go exploring underground.However, the cave is narrow and the tunnels are not very high in several places. If you are of a large build, you may not be permitted to enter. There does not seem to be any fixed guidelines regarding the "acceptable" build as I was refused entry but a Thai man who was easily the same build, but shorter then myself was accepted in the group to be led through the cave. Put simply, you turn up and take your chances. If you are going with some adventurous children, it will be ideal. 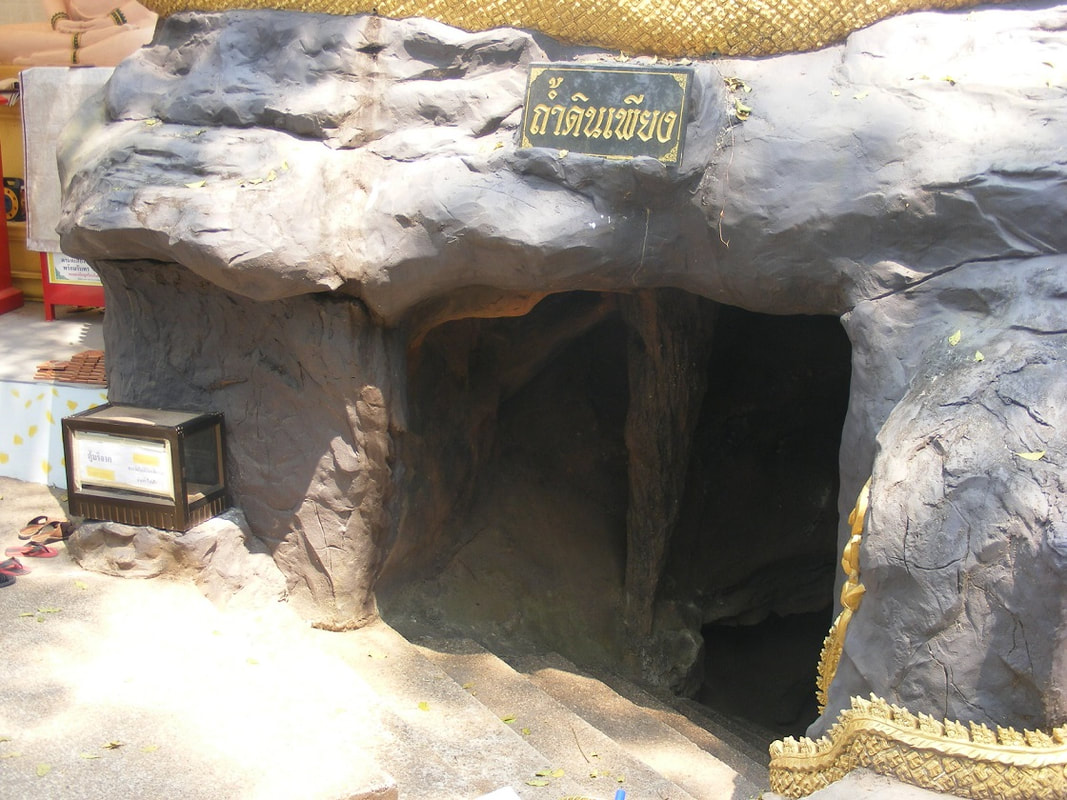 Din Pieng Cave
If you are not permitted entry to the Din Pieng Cave you can just enjoy the surrounding grounds which features lots of Naga Snakes
As a source of amusement for any English speaking visitor, there are a number of signs in the grounds that you can read and wonder who translated them. The most impressive one I noticed is shown below. Seeing poorly written English on signs is not uncommon in Thailand and certainly helps to explain why the people find it so hard to communicate with us when they are taught poorly to begin with.

There is a map that shows the route of the cave but only in Thai, and shows some of the features that are hidden inside. To be honest they do not appear to be particularly impressive but the coloured lighting does appear to be quite good.

How To Get To Din Pieng Cave 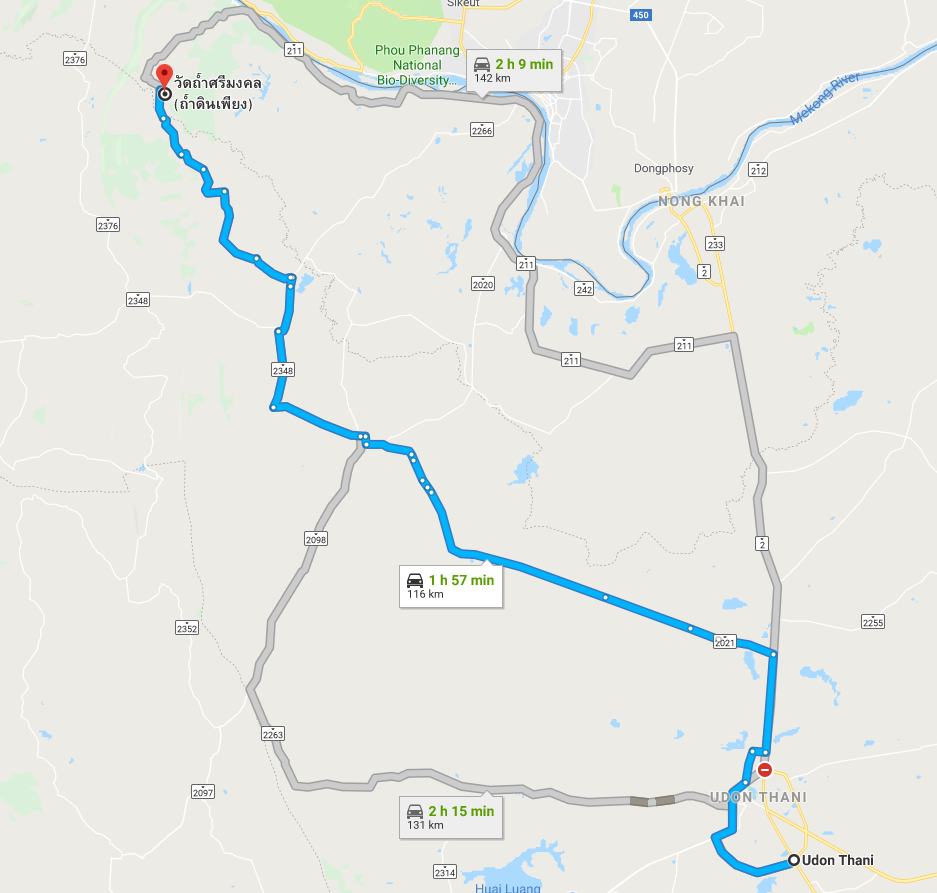 Din Pieng Cave​ is not far from the Nong Khai Sky Walk is to be found west of Nong Khai on the banks of the Mekong River in Tambon Pha Tang, which is in the Sangkhom District of the Nong Khai Province. Whichever route you choose, the journey time is going to be 2 hours or more but there are plenty of places to stop and take a break, or stock up with drinks and snacks at a 7/11 store.