​Built on a mountain in the province of Nong Khai, as part of the grounds of Wat Pha Tak Suea is a Sky Walk, the only one in Issan. While the Sky Walk is often referred to as an attraction near Nong Khai, it is actually much closer to the smaller and lesser known town of Sri Chiang Mai, which overlooks the Mekong River in to Vientiane city in Laos. The temple was considered something of an attraction for local Thais for many years but it was in April 2016 that the doors were pushed open to attract more visitors when the Sky Walk was completed. 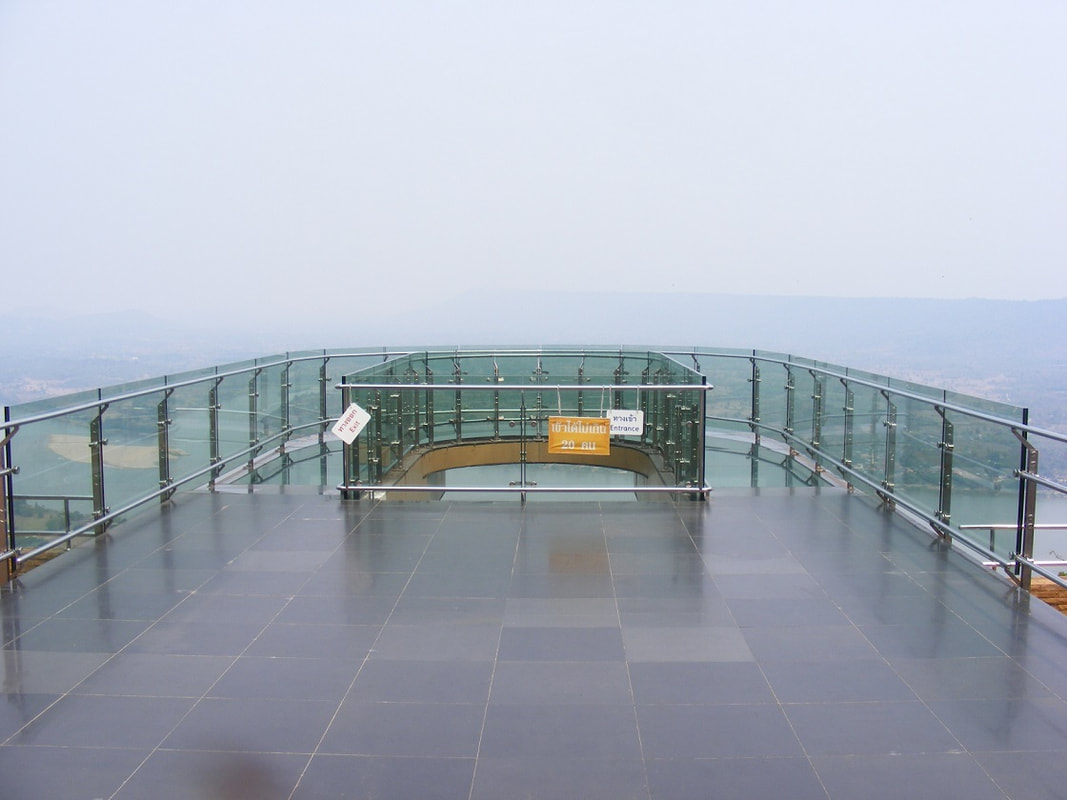 Nong Khai Sky Walk
Providing you arrive on day with a clear sky, this 2 hour drive from Udon Thani is well rewarded with stunning views of the Mekong River below and the valley in which it winds its way east to Nong Khai. However, arriving here on the "perfect" day really is "hit or miss", and to date I have not managed to get even a near perfect view. The images on this page are the best I have managed to capture so far. The mist just would not fully clear despite the burning Mid-March sun which was hitting close to 42 degrees centigrade!
The Nong Khai Sky Walk is just a small glass-floored viewing platform on which I believe is the highest point in the area. It is barely 3 m long and 3 m wide but it is well constructed, strong and safe. While the Nong Khai Sky Walk is not overly busy, catching the viewing platform empty, as shown above, requires a little time and patience. There is not a lot more to say than good luck on catching the right day for the best views.
Perhaps unsurprisingly, the ​Nong Khai Sky Walk is accompanied by a temple - Wat Pha Tak Suea. Is not especially spectacular at present but as with many temple grounds in Thailand, work is in progress to expand and make it more of an attraction as well as a much larger worship centre. There is a new temple being built which is to the left of the original temple as you climb the stairs.

The Nong Khai Sky Walk and temple grounds are open from 6:00 am until 6:00 pm daily. There are toilet facilities on the left as you head towards the flight of steps to the temple. 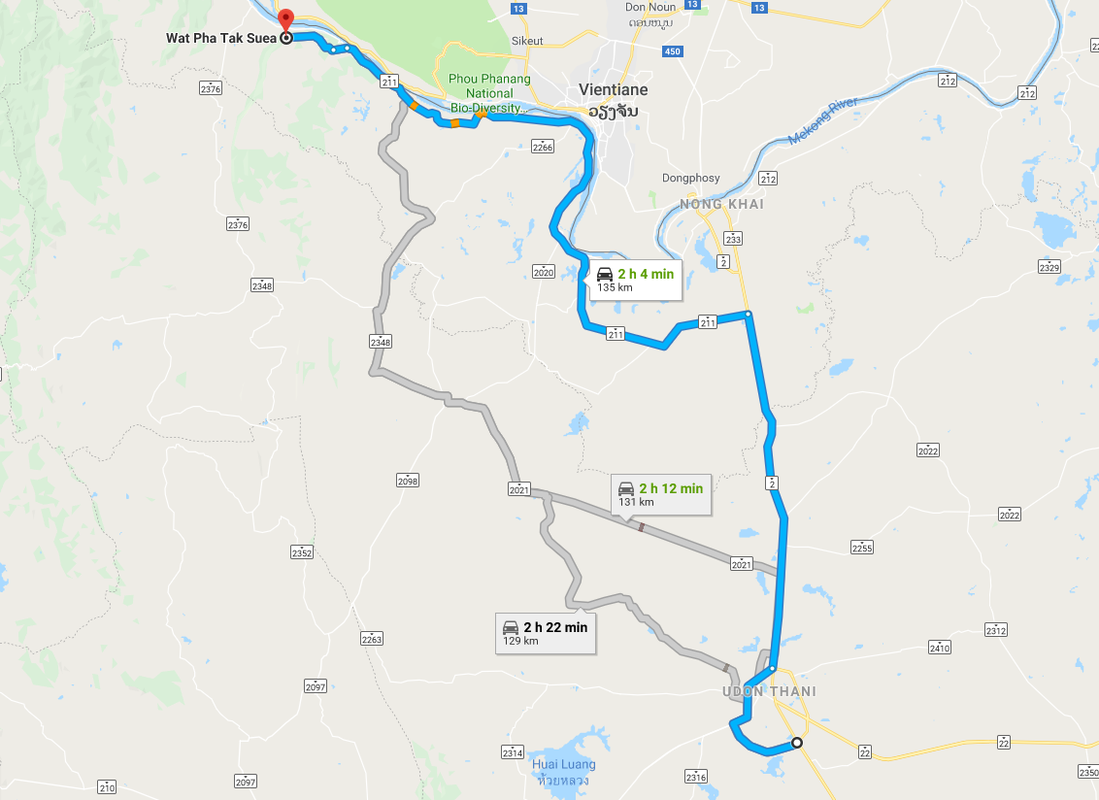 Wat Pha Tak Suea & the Nong Khai Sky Walk is to be found west of Nong Khai on the banks of the Mekong River in Tambon Pha Tang, which is in the Sangkhom District of the Nong Khai Province. Whichever route you choose, the journey time is going to be 2 hours or more but there are plenty of places to stop and take a break, or stock up with drinks and snacks at a 7/11 store.