Udon Thani is quite a unique city in Thailand, as it features three roundabouts, each with a focal point contained within. The first of them as you head up the Thahan Road toward the north, is where you can see a monument of Prince Prajak Silapakom, founder of Udon Thani.

The statue is typically decorated with flowers, small animal figurines, lots of candles burning at its base, and adorned with amulets, with incense sticks smoking away - quite a display considering this is not Buddhist related. All the same, many Thai's treat the monument in the same way they would do a shrine, or at least up to a point, by placing 'gifts' and making a wish for something good to come their way in life.

The roundabout does serve another purpose for the local population, in that it provides somewhere to exercise as you will see people jogging or running around its perimeter. However, this is not jogging for the sake of just jogging, this is just another part of the deal of the wish they have just made. For example, a man asks to win the Thai Lottery, and in return for making this wish, promises to jog round the roundabout 75 times.

Some ladies go here prior to marriage, to run around a number of times which matches their age, Normally this coincides with a small request and a few more laps. As the Thai culture is largely based on Karma and good luck, this roundabout is something of a symbol of hope for the people of the inner city, although people do come from farther afield to make a wish. 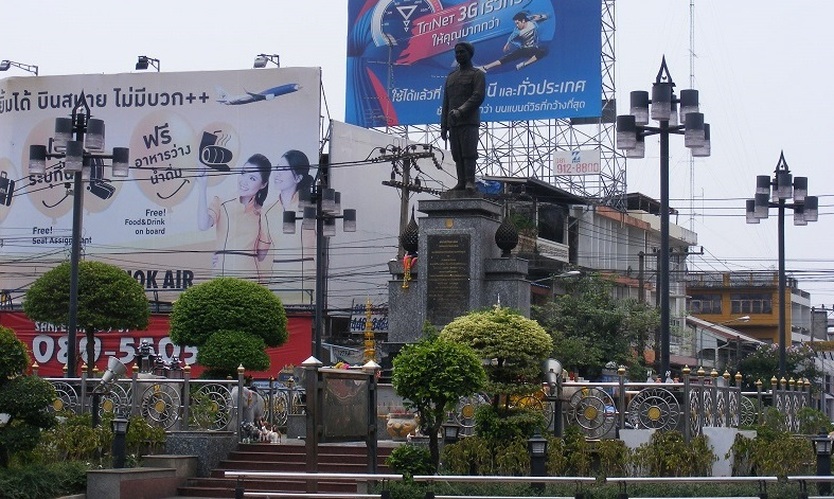