Just a few kilometers south of Phu Phra Bat Historical Park the strange temple of Butta Bat Bua Bok, which should be visited just to see just odd it really is, if for no other reason. Among the oddest sights, only for its size, is 1.5m long Buddha footprint, which is said to have been cast during the Lord Buddha's perambulations in ancient times. What cannot be escaped is the random way in which these large stones are placed, as if they had just fallen out of the sky.

There is an impressive collection of mushroom shaped rocks, with one that covers an ancient well, so it is said. and by all accounts the bottom of this well connects to the Maekong River via an underground channel.

Unlike the Phu Phra Bat Historical Park, the rocks here at Butta Bat Bua Bok do not show signs of the same care and protection, but something that has become somewhat vogue, is almost a scene from The Blair Witch Project movie, where small stacks of stones have been built by the locals, time and time again I would imagine.

The park seems to be admired to some extent by the local Chinese-Thai community that is quite expansive in the region. With an equally superstitious belief system, it is not unreasonable to believe that either seeking or saying thanks for 'luck', has quite a bearing on their visits. Exploring this smaller park can be great fun as you are never really sure what is waiting around the corner, in addition to more randomly placed boulders. This is one place where it really does pay to keep your eyes and mind completely open. Much of the walkway is natural, so it is perhaps best to wear 'proper' footwear when visiting, if you are wanting to walk around the site. In times of rain, the walkways can be a little slippery, so be prepared when visiting in the wet season.

How to get to Butta Bat Bua Bok 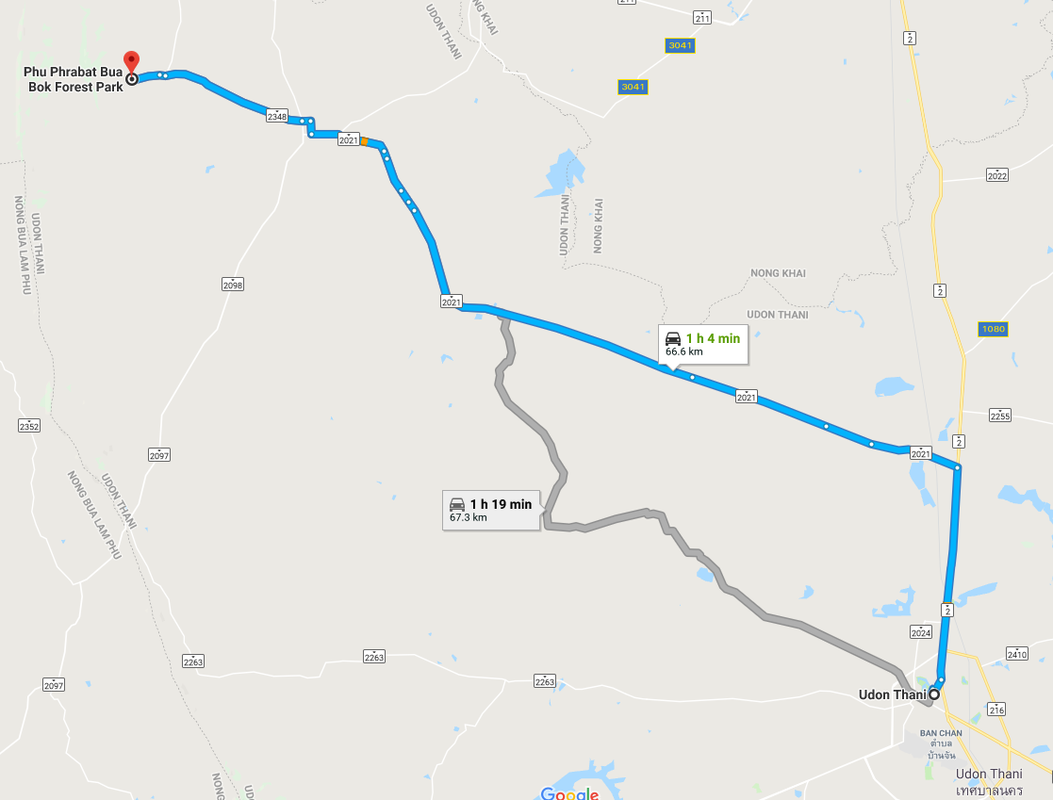 From Udon Thani, take the northbound Highway 2, toward Nong Khai. At about 8km north of the Udon Thani ring road, turn left on to Route 2012. Follow this road all the way to Ban Phue, where you turn right on to route 2348. Follow this road until you see a sharp right bend, just beyond Mueang Phan police station. Drive straight, heading west. Then take the 3rd right turn, and when you come to the next junction, turn left, and follow the road to the left. This road will take you straight to the park.