Phu Phra Bat Historical Park is one of the outstanding attractions in Udon Thani Province, not only for the stunning and bizarre rocks, but the superb spiritual and religious shrines that are present. The early shrines date to the Dvaravati period in the seventh to tenth centuries, featuring Hindu and Buddhist influences.

Phu Phra Bat is located in the western region of the Phu Phan Mountains between Udon Thani and Nong Khai, some 65 kilometers from either city. This park has an area of about 4.9 square kilometers, and is entirely within the Phu Phra Bat Bua Bok Forest Park. ﻿The unusual rock formations in the park include spires, balanced rocks, and massive boulders which form the backdrop for the prehistoric art and religious shrines created here. The geological origins of these rocks are believed to be from under-sea erosion that occurred some 15 million years ago.

﻿There are prehistoric art paintings, which can be seen on the rocks. The best are to be seen where some rocks have formed a natural shelter. Other paintings have sadly faded quite considerably, but traces are still present. The formations named Tham Wua and Tham Khon are particularly good examples. The rock paintings in the park are thought to date back about 6,000 years, they are however quite a long walk to access them, and are often missed out from walking tours and saved for another day.

Phu Phra Bat's rock formations are also the setting for a local legend about a king, the kings daughter and her suitor. Hor Nang Usa, the park's most striking rock formation, is where the overprotective king forced his beautiful daughter to live, but despite her confinement, was able to get a message out to her suitor prince and the two were married in defiance of her father.

Phu Phan Historical Park is very well maintained, and well signposted and paved to take you to all the individual rock clusters, of which there are 21. You are also provided with a small booklet containing a little history (in Thai and English) of the site and a useful map. There are a few things you should note before visiting this park.

The park is a good day out as long as you are feeling quite energetic, and a great way to step back in time and in to a natural prehistoric setting.

How to get to Phu Phra Bat Historical Park 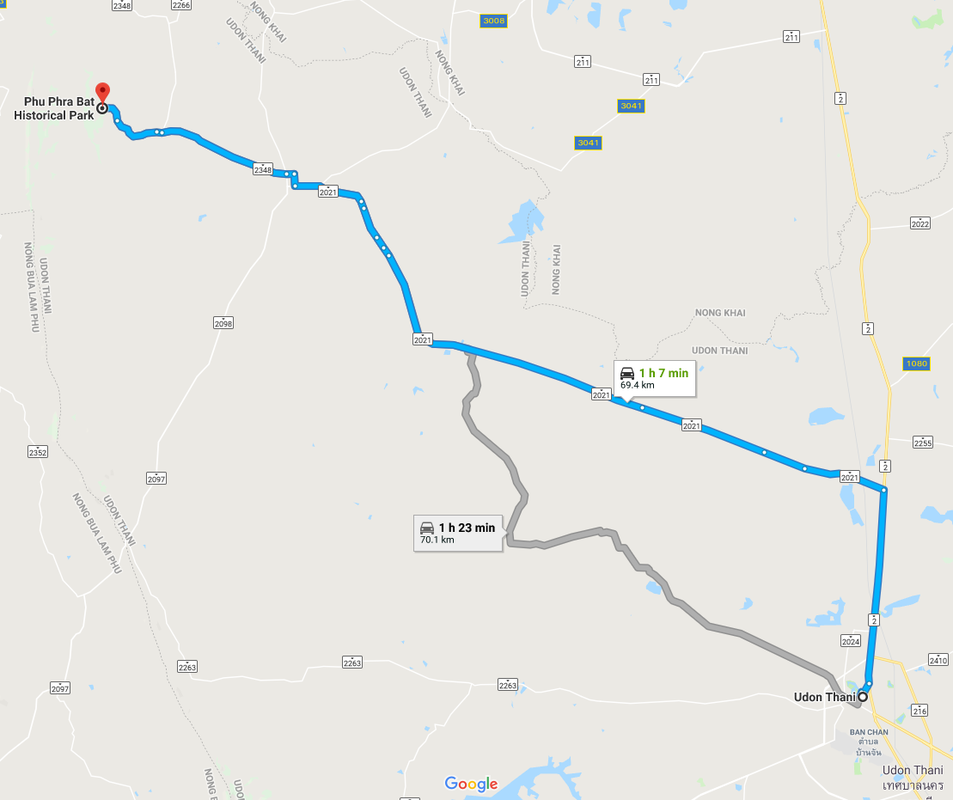 From Udon Thani, take the northbound Highway 2, toward Nong Khai. At about 8km north of the Udon Thani ring road, turn left on to Route 2012. Follow this road all the way to Ban Phue, where you turn right on to route 2348. Follow this road until you see a sharp right bend, just beyond Mueang Phan police station. Drive straight, heading west. Then take the 3rd right turn, and when you come to the next junction, turn left, then immediately right. This road will take you straight to the park. 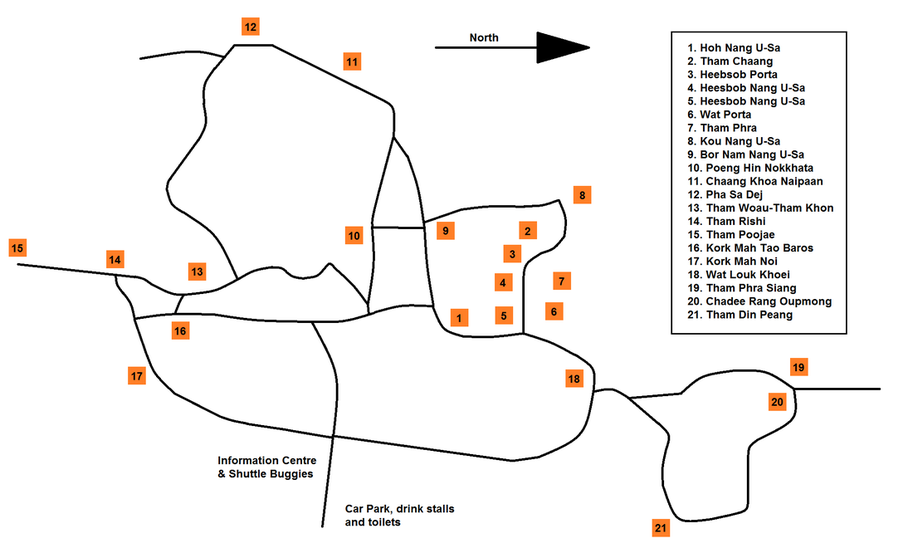