Wat Pha Don Phu is the nearest attraction to Udon Thani, outside of the city limits, just to the east of Nong Sai village, which is to the east of the city. It is a perfect example of how well hidden some attractions in the Udon Thani region are. We only discovered this temple grounds through a family member who happened to notice it on the way to a days fishing trip.

In fairness, the temple grounds are not officially a tourist attraction although it is open to the general public for free viewing. The temple itself is nothing special, indeed it is very standard and perhaps less inspiring than most, but the grounds are quite fascinating and worth a visit. The grounds are not obvious when driving down the road that passes by either and only a 2m high wall signifies that there is anything there at all, until the new entrance has been completed that is (under construction as of June 2015).
In addition to the temple building, which is at the far end of the grounds, there is a lake that covers about 10,000 sqm which is full of fish which you can feed for 10 baht, for which you will receive a bag of food for them. It is not the lake that makes this wat stand out though, it is the large array of sculptures and statues that cover the grounds to a considerable extent.Unlike Wat Baan Waeng, there is no theme to the statues.
Everything you see in the grounds has been made as a donation by Thai and Chinese/Thai people. The more wealthy people pay to have these statues made and erected in the grounds as a donation to the temple. There are of course many Buddha statues but there are also many different animals (especially Elephants), soldiers, mini traditional Chinese temples and much much more. 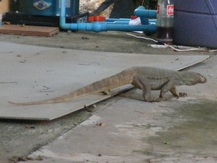 As you walk around the grounds you will see quite a number of dogs going about their business. This is a quite typical sight in Thailand as temple seem to be something of a refuge for stray animals. They do not normally pose a threat and will normally not bother you as you are walking around.

If you are very lucky, and the temple grounds are quiet, you may catch a glimpse of a monitor lizard that we believe lives here and lives a normal life in the wild. If there is any disturbance or noise, it will scamper off so if you see it, keep very quiet and it may hang around for you to see and admire.

How to get to Wat Pha Don Phu 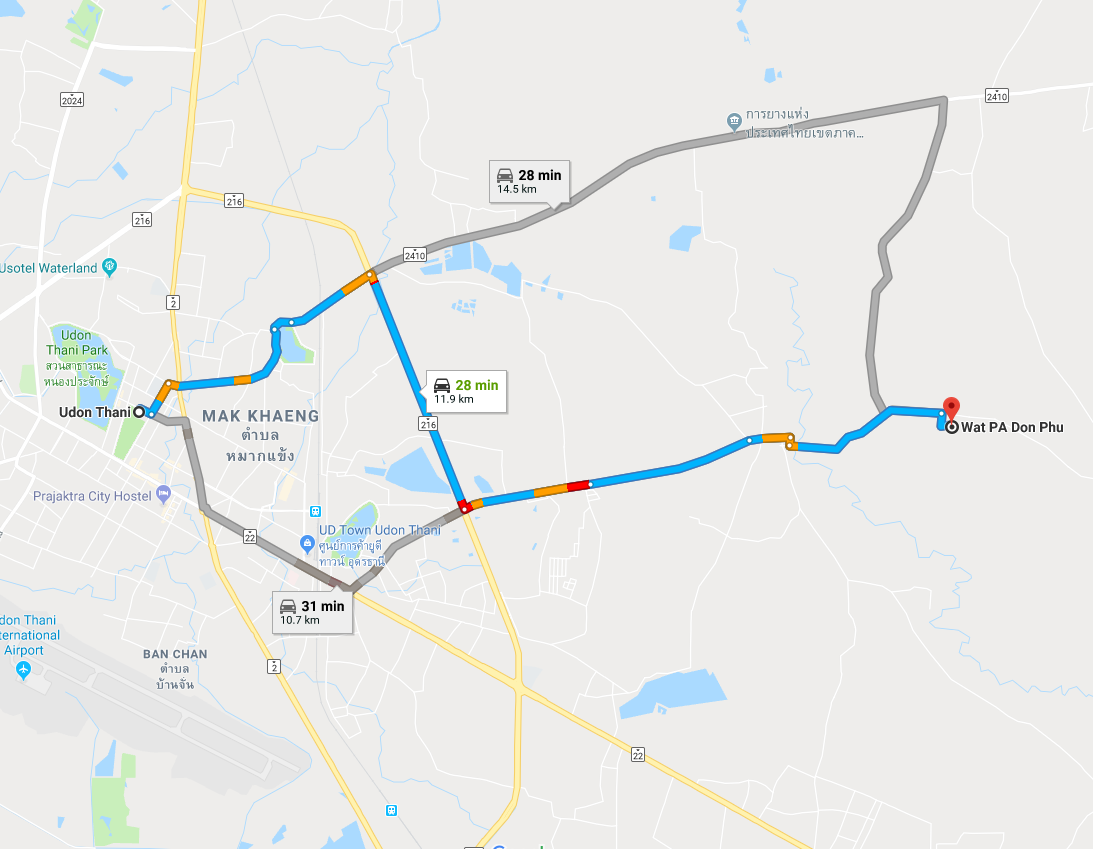 From the ring road on the east side of Udon Thani, take the road to Ban Nong Sai and follow this road until you come to a junction in the village, where you turn right. Then turn left at the next junction and follow the road round a series of bends. You will eventually come to along stretch of straight road where you will see a long 2m high wall on the right. This wall surrounds the grounds of Wat Pha Don Phu.