Na Yung Som Forest Park (full name is Na Yung Nam Som Forest Park) is a national park consisting of some fairly dense forest on the Na Yung mountain ridge. To get the most out of a visit here, and to get the best photographs will require a reasonable amount of leg-work, as there is so much to see, although not all is spectacular. Just remember to have some bottled water or other drinkable liquid to hand, as it can be thirsty work picking out the 'top spots'. Na Yung Nam Som National Park is about 344 square kilometers in area, and for the most part, is rugged limestone mountains in a watershed region. The Park varies between 200 to 588 meters above sea level, with the highest point, at Phu Ya U, of 588 meters.

In addition to the park, there a some wats / temples that are of interest, such as Wat Pa Phu Kon, which is very worthwhile visiting thanks to it's somewhat unusual 'electric blue' roofs, in a traditional Thai style.

How to get to Na Yung Som Forest Park 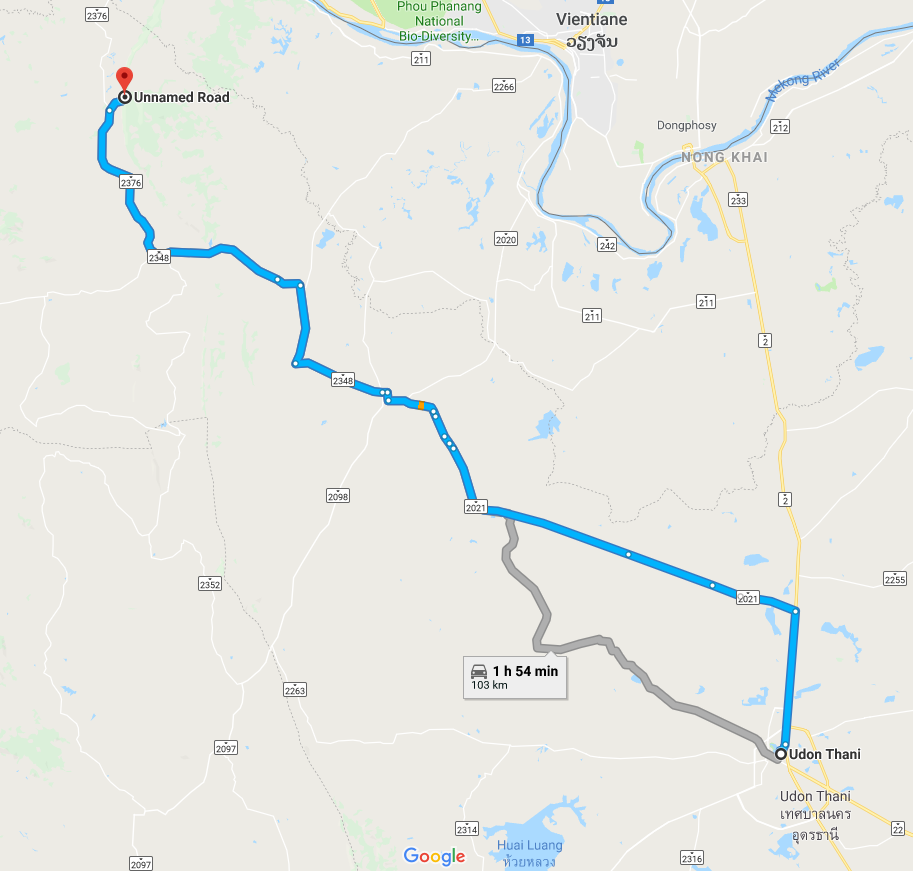 From Udon Thani, take the northbound Highway 2, toward Nong Khai. At about 8km north of the Udon Thani ring road, turn left on to Route 2012. Follow this road all the way to Ban Phue, where you turn right on to route 2348. Follow this road until you see a right turn on to Route 2376, ﻿which will take you to Na Yung village, with the park on the right﻿.