The King Cobra Village near Khon Kaen has become quite a major tourist attraction, featuring an entertaining and decent range of snakes on display with 'staged' Snake fights, as the centerpiece of a visit to the park. It is considered as one of the 'must see' attractions in Udon Thani Province, especially if you like getting close up to the snakes. On arriving at the King Cobra Village, you head north and the bare right, following a purpose built pathway that takes you past a series of snake pens. They may look a little flimsy, and built at minimum cost (which they probably were), but they are sufficiently secure to keep these fearsome reptiles at bay, so there is no risk of injury or venomous bites.

All the snakes in the King Cobra Village are bred in captivity and put together in 'fighting' or 'boxing' shows, laid on for visitors. If you take what you see at face value, it is quite a scary sight, especially when a group of small children take to the stage to have a fight of their own. Some of these children are little more than perhaps 7 years old, but are as keen as mustard to go 'head to head' with a Cobra. The reassuring news is that the dangerous snakes actually have their mouths 'sealed', that is to say they have a small band of elasticated tape placed over their snouts so they cannot open their mouths, and bite or spit.

As you walk round the pens, you may encounter some people showing off some pythons, and there is every chance you can hold them, or if you prefer just view them from a distance. This also applies to the fighting arena, where the men bring the deadly snakes out to you, to hold and have your photograph taken. Try to remove any fear you have for these reptiles, they are perfectly harmless and carefully monitored by the Thai snake experts at all times. All the snake handlers have been doing this since they were small children, and what they do not know about their snakes, is simply not worth knowing.

﻿Some of the older snake handlers have a little English under their belts, so you can try and ask some questions about the reptiles on show. Shows typically last for about 30 minutes or so, and are performed throughout the day, so there is always the opportunity to witness the entertainment. Get to grips with a King Cobra, you wont get many better chances and live to tell the tale!﻿

How to get to King Cobra Village 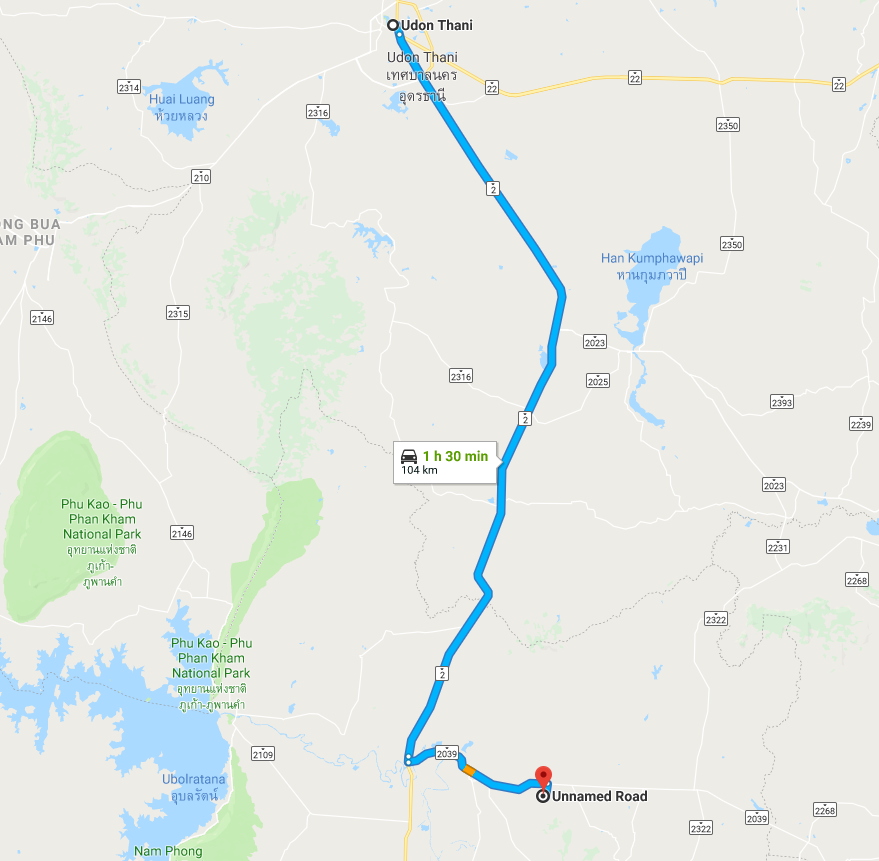 From Udon Thani, take Highway 2 towards Khon Kaen and drive to Nam Phong, where you turn right on to route 2039, just before you reach the bridge that crosses the Phong river. Simply follow this road, and you will see signposts for the King Cobra Village, which is just beyond Ngu Chong Ang village.

If you wish to travel by train (though there are few trains running in the day), there is a railway station at Nam Phong, though finding a tuk tuk or taxi from here may not be easy.