Hin Chang Si View Point is towards the southern end of the Nam Phong National Park, to the west of Khon Kaen, and about 30km south of the Ubonrat Dam. There is not a great deal here other than some excellent views over parts of the enormous Ubolratana lake, being located on the eastern shore. The park is littered with limestone of various sizes although none of the have been sculpted in any particular familiar shapes by the rain over the years. Indeed most of boulders are not of any real interest unless your are a geologist perhaps but there is one giant boulder in the part of the park named as the "Amphitheater" on the eastern side of the park.
Entry to the park is not immediately obvious and you can find it on the right hand side as you approach the park, just in front of the car park. Admission for foreigners, as with many tourist attractions in Thailand is at a "special" rate, many times higher than the admission cost for Thai's.

Once in the car park, the main view point is not far but does require a little exercise in the form of a sloping path that gradually rises about 30m. It is not a hard walk but due to the hot sun, can feel a little draining if you are not used to walking in such a ferocious heat.
At the top of this short climb is a raised platform that offers the best views but the views at ground level are not that much different. I was told before visiting that it is possible to see Ubonrat Dam from here, but I could not identify it though I could clearly see Band Saen 2, a small village that has an enormous restaurant area that extends over the shoreline of the Ubolratana lake, which is about 5km south of the Dam.

There are other platforms in the park where you get better vantage points and a well trodden pathway that is littered by boulders which you can tread instead of the pathway in many places.
Perhaps it is a slight reflection on what is on offer at the park but perhaps the main thing that struck me was, unlike so many tourist attractions in Thailand, there is no temple or any shrines on-site, or indeed anywhere near it, such is the remote location in which it sits. There are also no food vendors on-site but you can buy cold drinks from the visitor centre at the main view point, where there also modern toilet facilities present.

How to get to Hin Chang Si View Point 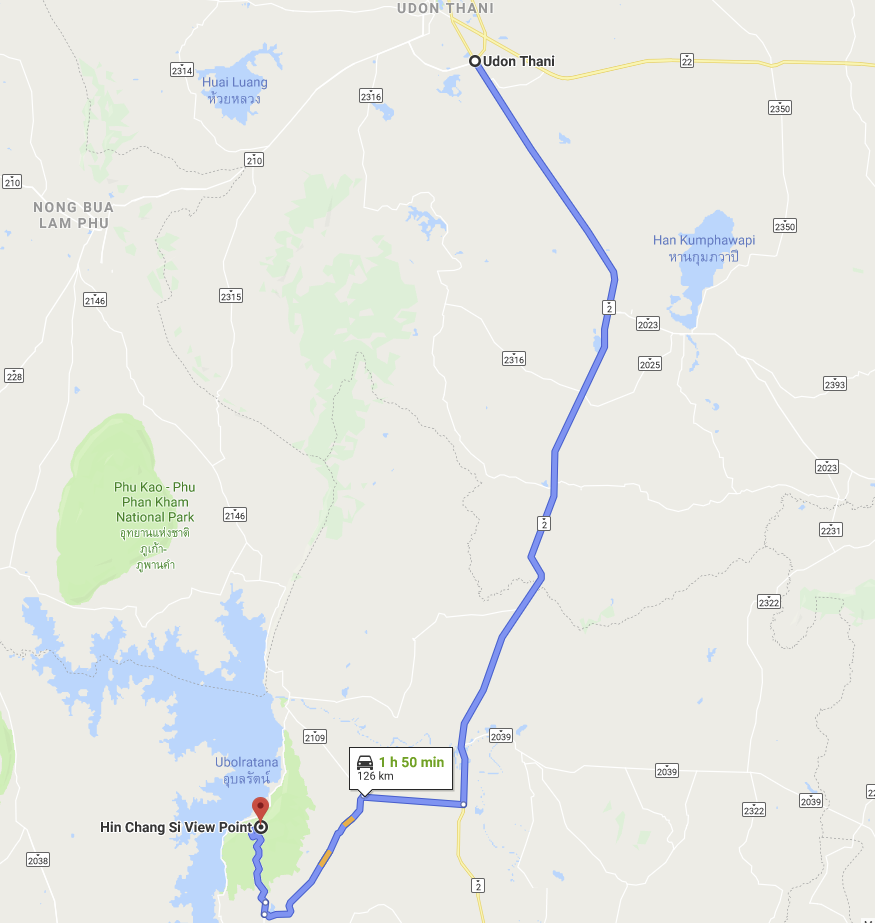