The Fossil Museum near Udon Thani is rather small and rather unspectacular, and perhaps only really worthwhile visiting en route to somewhere else in the general direction. It is loosely called a 'Dinosaur Park' with shells and fossils but the reality is that you should not get too excited. The museum features fossils of shells from the Jurassic period, which dateback to 140 - 150 million years ago, or thereabouts. In the nearby area, some 60 dinosaur fossils can be seen in the layer of siltstone, just above the layer where the fossils of shells and ancient crocodiles are found.

Although it is interesting, there just is not nearly enough to see and do. Hopefully this will be addressed as tourism continues to flourish, though it will probably never compete with a far better Dinosaur Park in the adjacent Kalasin Province, which is regarded as the best of it's type in Thailand. This site has seen on-going development since 2007, to create the biggest 'Jurassic' attraction, with all new local skeleton finds being taken here for display.

How to get to The Fossil Museum 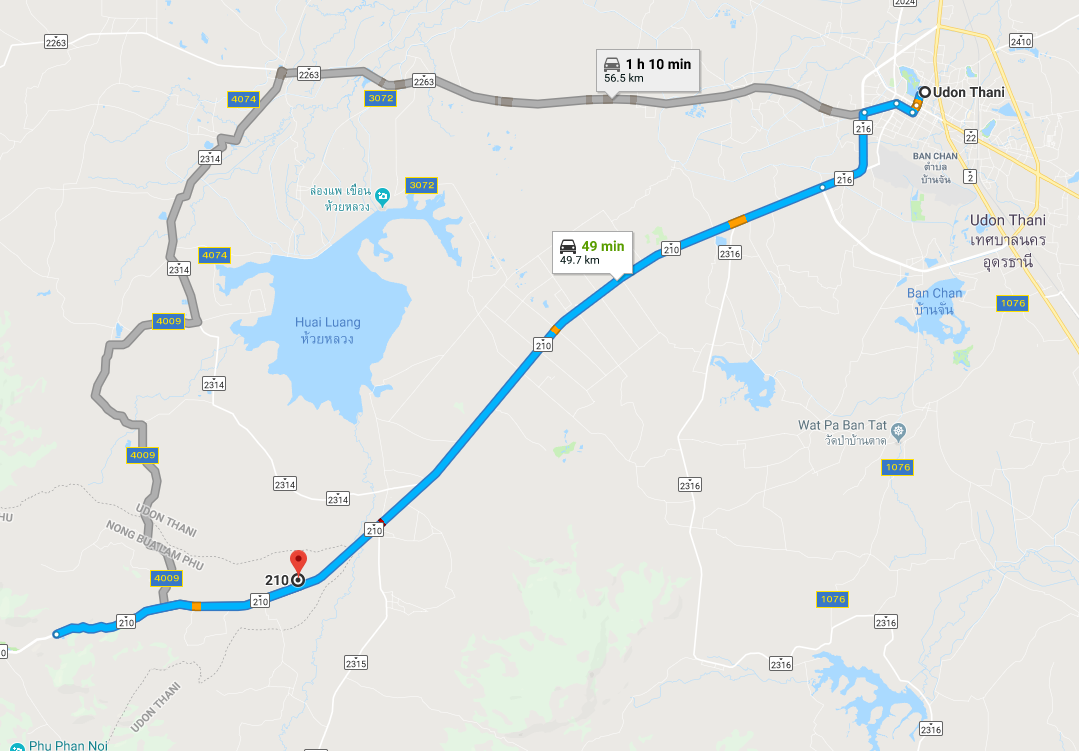 From Udon Thani, head toward Nong Bua Lam Phu, on take route 210. The Museum is about 30km along this road, on the right, a short distance after crossing the district border in to Nong Bua Lam Phu, and it is clearly visible from the road as you head westbound.